This is a GTD post. If you’re familiar with the book or the framework then keep reading. If you’re not I’d recommend you watch any YouTube video that summarizes it first.

There’re many GTD Notion templates out there. The majority of them have two main bases: One for tasks, and another for projects. When I first tried to implement my own version of a GTD workspace/template, I followed what most people did. I had the two bases tasks and projects and inside the tasks base a view that was called Inbox, in which I dumbed everything that I wanted to capture.

However, I soon realized that what David Allen calls “Stuff” that usually ended in my “Inbox” are much more diverse than only “tasks” to be organized/clarified. In fact, more “nonactionable stuff” was falling into my “tasks-inbox” than actual tasks.

Stuff like that Facebook page that sells handmade leather products that I liked, or the new Netflix series everyone is talking about. And, that new place that makes an amazing brisket, and the book recommended by every productivity guru out there.

There was all the nonactionable stuff and they were ending in my tasks base and IT WAS A MESS!

So, to solve this I first decided that I won’t be saving stuff into my tasks database anymore. Instead, I’m gonna save them in their right home (database) right from the beginning and do the clarification process right away.

This didn’t work for me. Because it mixed up the first two steps: capturing and clarifying. And, those steps were separated for a reason; often time you don’t have the time to clarify while capturing.

So I came up with my current way of capturing(which needs to be super fast and on the fly) and then clarifying(which happens once at the end of every day/week ) which I’m gonna share with you and hopefully get some useful ideas and feedback.

The GTD Inbox in Notion

First of all, excuse my diagramming skills! But the above diagram is basically how I catch and clarify everything that comes across my way.

At this step, I could be online or offline, on my laptop or my phone. I also need to capture stuff quickly So how do I do that?

The stuff database is where everything that needs to be sorted out eventually lands. It has three simple columns: Name, URL and a checkbox field called Inbox. And, it gets filled by one of three ways:

1) Notion Web Clipper [when I’m on a laptop]

1 and 2 are pretty self-explanatory. Things like youtube videos and articles and blog posts get saved to Notion either via Notion Web Clipper if I’m on my laptop or I share it to the app if I’m on my phone.

Number 3 is where all the fun happens!

The Notion app takes a long time to load and it’s not available offline. If I need to remember to call mama when I get home after work and I wanted to save that into notion I might forget what I was going to write before the app even opens.

So, I started using Google tasks to write down stuff I wanna remember quickly. It has a great widget that I’m using on my phone’s home screen so it’s a matter of seconds to write down a note or a task.

Though it was and still working great, I still wanted everything to be in ONE PLACE.

Luckily for me, that was about when the Notion API was released. That meant I could use Automate.io or Zapier to automatically move the stuff from Google Tasks into Notion. I actually ended up writing my own Python script to handle this process (which I will share soon) as I was always exceeding my free quota. But you can go with Zapier or Automate.io for a starter.

If you look back at the diagram you’ll notice that I share Pinterest pins to Google Tasks too. The reason why I do this is that I couldn’t share pins directly from the Pinterest app to Notion. I don’t know if that’s just me or they don’t support sharing to Notion.

Now that everything is quickly captured, comes the clarifying stage. I wanted to look at each item, now in the stuff database, and:

For example: if the stuff thingy is an event I wanna send it to the events database and then I wanna set its date and location and set a reminder for it if needed.

The Inbox page is where all that happens

This page has at the top of it the Stuff database itself and below it are multiple linked databases to all the other bases that stuff might fall into like: Tasks, Projects, Notes, Movies, Books etc.

All the linked databases have an extra checkbox field called Inbox; just like the one in the Stuff database field and are all filtered by that field so that only recorded with “Inbox” box checked appears.

Here’s a screenshot of part of my own Inbox page to demonstrate what I mean. See full-resolution

Et voilà! Everything is in its correct place fully organized in the least time possible.

In the next post, I’ll share with you how I make sure that those stuff (or highly organized stuff now) don’t get all forgotten about via my “What to do” Page.
But for now, I’d love to hear your ideas about how you handle your own stuff whether you use GTD or not!
Happy GTDing and Notioning! 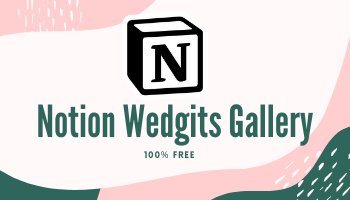 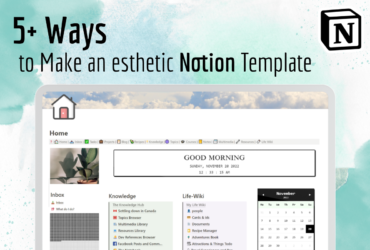 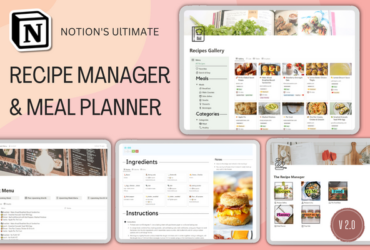 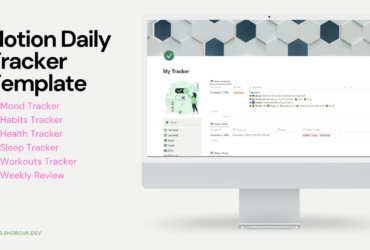 Should you do daily/habit tracking + Notion Daily Tracking Template